CSIS research round up 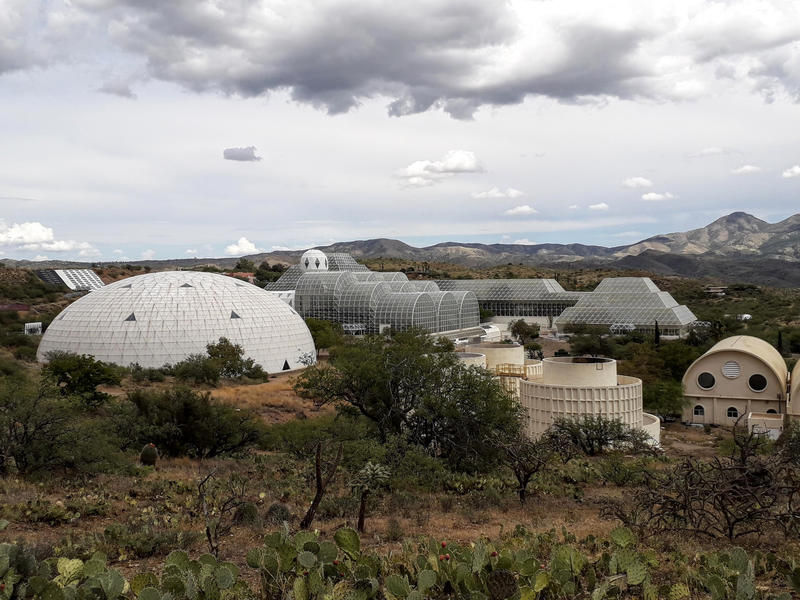 It’s been another busy month here in the Centre for Science in Society.

Human Hand, the new exhibition by Fiona Amundsen and Tim Corballis, launched at The Dowse gallery. The show takes viewers through three sites in Arizona (Arcosanti, Biosphere 2 (pictured), and the Titan Missile Museum), using evocative video and still photography to explore how people have lived and worked in the interstices of militarism, capitalism, and the environment. You can hear Tim and Fiona discuss the project with Radio New Zealand’s Kim Hill here.

Tim has also written a short and speculative response to Kedron Parker’s recent exhibition Nautilus Into the Night.

Rhian Salmon has a new paper out with colleagues Jacqueline Dohaney, Mairéad de Róiste and Kathryn Sutherland. Their very timely article is titled “Benefits, barriers, and incentives for improved resilience to disruption in university teaching”, and explores how to build resilience into learning and teaching in Aotearoa.

Rhian also spoke with VUW students as part of the Campus Connections lecture series, about the career that has taken seen her move from atmospheric chemist in Antarctica to science communicator in Aotearoa.

Rebecca Priestley’s book ‘Fifteen Million Years in Antarctica’ has received two excellent reviews. The first, by Victoria J. Heinrich, appears in the Polar Journal, while in the second, Paula Green writes, “This book is extraordinary because I travel to Antarctica to such an intense degree –  I have never travelled like this in a book. It is as though I can taste and smell and touch an elsewhere through the sensory palette of the author, through Rebecca’s heart and mind engagements. When I put the book down I am dislocated. It’s like the Antarctica cold clings to me”.

In turn, Rebecca has reviewed Mary Harris’ ‘Rocks, Radio, and Radar: The Extraordinary Scientific, Social, and Military Life of Elizabeth Alexander’ for ISIS.

James Beattie and Bruce Clarkson (University Waikato) ask, in Newsroom, what do we want to leave for our children? They write, “The American environmental historian William Cronon argued that, rather than thinking of nature as being “somewhere out there” – say, in national parks – we actually need to start by looking at local nature. This, then, is our chance to examine nature on our own urban doorstep, and to think ahead to what kind of nature we want to encourage and bequeath to our children.”

Courtney Addison and Narelle Warren (Monash University) have a new article out in Medicine Anthropology Theory. The piece, titled ‘Post-Cure’, explores the rhetorical and political function of cure as a concept, and advocates for thinking more richly around health, disease, and their many in-between states.

Two of our students from last years Master of Science in Society cohort have work published in Forest and Bird Journal. Emma ten Have wrote about her incredibly successful flash tattoo fundraiser for native bird conservation, while Kelly Body features her exceptional fusion of art and science, in which she illustrated the extinct native Aurora and Waitomo frogs. You can view both their articles here.

Finally, our seminar series has wrapped up for trimester one, but lectures can be viewed on our Facebook page. The series will resume again in Trimester Two.